André is a proven cannabis industry player as a Co-Founder of Tetra Bio-Pharma (TSXV:TBP, OTCQB:TBPMF). With over 25 years of experience in the financing of public companies, he provides strategic direction and oversight to guide company execution. Since 2003, he has served as Chairman & CEO of Everton Resources Inc. (TSXV:EVR), a publicly traded mining and exploration company. From 1989 to 1999, he was a Vice-President at BMO Nesbitt Burns, where he specialized in private portfolios. He holds a Bachelor of Commerce, with a Finance Major from the University of Ottawa, and is a Certified Investment Manager (CIM). 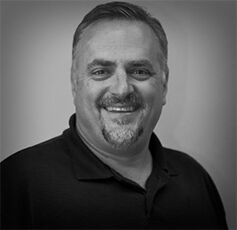 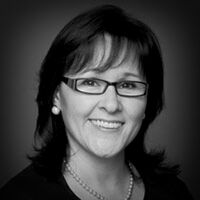 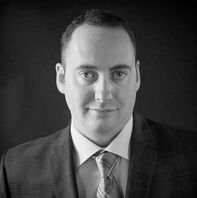 Ryan Brown brings almost 20 years of entrepreneurial cannabis experience to the leadership of NORTHBUD. Ryan has been involved with multiple startups beginning with the cultivation equipment and fertilizer industry in the early 2000s where he helped build a large multinational distribution company from the ground up. In 2016 he co-founded Tetra Bio-Pharma, a multi-subsidiary publicly traded company (TSXV:TBP, OTCQB:TBPMF). Upon exiting Tetra Bio-Pharma, Ryan launched Northbud Capital, a holding company focused on investment into the ancillary American cannabis industry and a founding investor in NORTHBUD. This experience provides a firsthand perspective on the trends and regulation of a variety of target market segments. He is also currently a board member for Acres SVG, a licensed cannabis cultivator located in St-Vincent and the Grenadines. His diverse industry background and demonstrated knowledge has swiftly gained him a reputation as a leading expert in the field and a force within the industry. 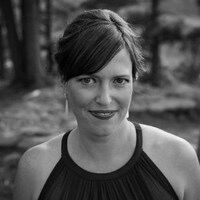 Jennifer Ross-Carriere brings over 20 years of experience working with global companies in the technology industry providing strategic and operational advice to organizations of all sizes at the senior leadership and board levels with a particular emphasis on legal matters and employee relations. Previously, Mrs. Ross-Carriere held the roles as General Counsel and Vice-President, People & Culture at IFS Aerospace & Defense and General Counsel and Vice-President, People & Culture at Mxi Technologies. In these roles, she demonstrated strong skills in many areas including, intellectual property, licensing, M&A, corporate governance and employment. She is a senior HR professional with a focus on the development of an employee support organization truly matched to company culture.  Mrs. Ross-Carriere was called to the Bar of Ontario in 1999, holds a Bachelor of Laws (LL.B.) from McGill University and a Bachelor of Arts from Carleton University. She has served as a Board member of several technology companies and non-profit organizations.

Lisa Mayhew is a finance leader with an extensive background in accounting, finance and human resources in both publicly traded and private companies. Currently acting as a Virtual CFO and C-Level Advisor, she assists companies with strategic development, growth through mergers and acquisitions, and provides support in due diligence, risk management, business modeling and integrations. Lisa was the former VP Finance at Corel Corporation, and during her time with the Company she also held several other senior management positions and provided leadership over the human resources department in the role of Acting VP of HR. Prior to joining Corel, Lisa worked in the Assurance Practice at PricewaterhouseCoopers, gaining experience in both Canadian and US GAAP and taxation. Lisa studied accounting at the University of Ottawa and is a designated accountant in Canada (CPA, CA) and the United States (CPA, Illinois).

Ms. Aglukkaq was first elected to work for the Nunavummiut in the House of Commons in October 2008. On October 30th, 2008 she became the first Inuk to be sworn into the Federal Cabinet, as Canada's Minister of Health. In May 2011 after being re-elected for her second term, Ms. Aglukkaq was again sworn in as Canada's Minister of Health, this time with an additional portfolio, the Minister of the Canadian Northern Economic Development Agency. In August 2012, Ms. Aglukkaq was honoured to be named the new Chair of the Arctic Council and sworn in as the Minister of the Arctic Council for Canada. In July 2013, after almost five years as Minister of Health, Ms. Aglukkaq was sworn in as the Minster of the Environment. Prior to entering federal politics Ms. Aglukkaq served in the Nunavut Legislative Assembly as the MLA for the district of NATTILIK (communities of Gjoa Haven and Taloyoak).During her time as an MLA, Ms. Aglukkaq was elected by her peers to be part of the Executive Council. She was first given the responsibility of Finance Minister and House Leader, before becoming the Minister of Health and Social Services and the Minister for the Status of Women. Throughout her life, Ms. Aglukkaq has enjoyed an extensive career in government. Before entering politics, Ms. Aglukkaq served in numerous roles in both the Northwest Territories and Nunavut Governments, including as Deputy Clerk of the Legislative Assembly, Deputy Minister for Culture, Language, Elders and Youth, Deputy Minister for Human Resources, as an Assistant Deputy Minister for Human Resources and Executive and Intergovernmental Affairs and as the Superintendent for Education, Culture and Employment. Whether it has been during her time involved in the federal government, the territorial government, the Cambridge Bay municipal government, where she served for six years as a Councillor, her numerous hours spent volunteering in the communities, or during her time serving on different boards, such as the Arctic College Board of Governors, the Nunavut Impact Review Board or the NWT Science Institute; Ms. Aglukkaq has always fought hard for the interests of all Nunavummiut.